The term “city improvement district” (CID) refers to a specific geographical area, approved by the City Council in terms of the municipal Property Rates Act, Section 22 (Special Rates Area [SRA]), and the SRA bylaw, in which complementary top-up services are provided in addition to those rendered by the CID’s primary partners.

The OBSID’s primary partners are the City of Cape Town and the South African Police Service.

A non-profit company, the OBSID operates with its own board of directors and liaises across both the public and private sectors, working together with each to develop, promote and manage the Cape Town Central City.

The Board of Directors is accountable to the community for good governance and to ensure that the levy collected from you as a ratepayer is spent wisely, in the best interest of Observatory and in line with the City’s SRA policy.

The Board of Directors provides strategic direction and prepares proposed budgets and plans for approval by the OBSID members at the OBSID annual general meeting (AGM). The AGM takes place in the last quarter of each calendar year.

The OBSID also undertakes projects intended to make Observatory smarter in the broadest sense of the word.

We make sure that our programmes and services are developed and implemented in order to deliver
against our mission.

What is an SRA?

A Special Rating Area (SRA) refers to a clearly defined geographical area, in which property owners contribute additional rates to fund ‘top up’ services for that specific area as per the approved Business Plan.

What is the regulatory framework governing SRAs?

Why establish an SRA?

According to the SA Constitution (Sections 152 & 153), the objective of a local authority is to provide all its residents with certain basic services such as water, electricity, sanitation and refuse removal, etc – up to an equitable standard. For communities who wish to enjoy municipal services of a higher level, an SRA provides them with the option of paying for these additional services, which should be affordable and sustainable.

What types of ‘top-up’ services are provided in a SRA?

Typically, these would be services dealing with Urban Management issues like additional public safety measures, cleansing services, maintenance of infrastructure, upgrading of the environment, and social services, etc.

Does the formation of an SRA mean that the City can reduce the level and quality of its services?

No. The City is obligated to sustain existing service levels and to provide basic services as per the Constitution. Each SRA will engage with the various service departments regarding the level of services to be provided by the municipality. This enables the SRA to decide on the ‘top up’ services required.

What are the benefits for SRA members?

By pooling their resources in an SRA, individual property owners can enjoy the collective benefits of a well managed area, a shared sense of communal pride, safety and social responsibility, and access to joint initiatives such as waste recycling, energy-efficiency programs, etc. In the end, these all translate into a tangible boost in property values and capital investments.

Are there different types of SRAs?

No, but an SRA can consist of industrial, commercial and residential components, or a combination of all three.

How many SRAs are there in Cape Town?

There are currently 39 SRAs in the City of Cape Town. Two communities are applying for establishment, and many others have expressed interest in establishing an SRA.

How does one establish an SRA?

An SRA is always initiated by a community, and not by the City.

It usually starts with ‘champions’ within a community who feel the necessity to improve the environment within a defined area. They then compile a five-year business plan (including the motivation report, the implementation plan and a budget) indicating how the improvements are to be achieved, and present this to the community at a public meeting. Thereafter property owners are lobbied for their support where a majority (more than 50% in an area classified as commercial and more than 60% for an area classified as residential) has to give written consent to the formation of a SRA.

Once this has been obtained, the steering group has to submit an application to the City. The application is then advertised in the media and property owners are also notified to allow them at least 60 days to render any comments or objections. The City then considers the application with the objections at a full sitting of Council.

After the City has approved the application, a NPC is set up and a board is elected. The NPC has to register for VAT, open a bank account and be registered as a vendor with the City, etc. This must all be in place before the City makes any payment to the SRA.

Who manages the SRA?

An SRA is a NPC managed by a board elected by its members, and operated by a management team appointed by the board. Property owners must sign up for NPC membership to allow them to participate in the SRA`s affairs. The City is not involved in their day-to-day operations, but merely exercises financial oversight and legal compliance.

Who monitors the finances?

An SRA is governed by the Companies Act (71 of 2008) and manages its own finances and appoints its own auditors. The audited financial statements form part of the City’s consolidated accounts, which are reviewed by the Auditor-General. In addition, monthly financial reports are submitted to the City to monitor and to ensure that expenditure is incurred according to the budget. All SRAs have to submit the Chairman`s report and AFS to the relevant Subcouncil, within two months of their AGM, for noting.

How is an SRA funded?

An SRA is funded from the additional rates paid by property owners within the boundary of the SRA. It does not receive any grants or subsidies from the City, but does have the powers to raise additional income.

How are the SRA additional rates calculated?

The SRA management confirms the properties within the boundaries of the SRA, which is then linked by the City to the municipal valuations according to the most recent general valuation roll.

The SRA management annually prepares an overall budget for the year. This is based on the specific needs of the area as set out in the approved Business Plan. Individual contributions are then calculated by dividing up the budget total according to the municipal valuations of each property, proportional to the total valuation of the SRA.

The SRA Policy allows for a differentiation in tariffs for the different types of properties – be it residential, commercial or industrial.

This tariff is then expressed as a Rand in the rand and is applicable over a financial year, which starts on 1 July.

The SRA budget and proposed tariff have to be approved by the City, and advertised for comments and objections as part of the City’s budget process prior to implementation on 1 July.

How are the SRA additional rates collected?

The City collects the additional rates on behalf of the SRA. It does not go to the City, although they share an invoice to save on collection costs. The additional rate appears as a separate item (improvement district) on the monthly municipal account of each property owner liable to pay the SRA additional rates within the SRA.

What happens to the difference between the actual billing and the payover?

The City pays the SRA a monthly amount equivalent to one-twelfth of its approved budget less 3% as a provision for bad debts. The provision for bad debts is kept in a ring-fenced account for the SRA. At the end of the financial year the City reconciles the billing with the SRA budget pay overs and any under or over billing is offset against the accumulated bad debt account. This account is subsequently compared with the arrears as at the end of the financial year. When the latter is less than the accumulated bad debts, 75% of the difference is paid to the SRA as per the Finance Agreement concluded between the City and the SRA.

Is the payment of the additional rates mandatory for all properties within the SRA?

Yes. Once the City has approved an SRA, the participation of all property owners liable to pay the SRA additional rates, within the boundaries of the SRA, is mandatory. However, there are exceptions in terms of relief.

Who can be exempted from paying the SRA additional rates?

The following categories of owners / properties will be 100% exempted as per the SRA Policy:

How does the SRA set its budget?

The SRA sets its own budget according to input from its members as per the approved five-year Business Plan. The City does not get involved in this process. Each year, the SRA board has to submit a detailed budget to the City by 31 January. The proposed budget may not deviate materially from the approved business plan. If there is a material deviation, an application in terms of Section 11 of the SRA By-Law is required. The City evaluates the proposed budget for affordability and sustainability.

What if the valuation base changes within a financial year?

The valuation base is a snapshot at a point in time (end February) and is used to calculate the additional rate (Rand-in-the-rand) for the following financial year. However, municipal valuations can change within a financial year due to interim valuations, Valuation Court rulings, sub-divisions, rezoning or other technical adjustments. Should the valuation base decrease or increase substantially, the City must inform the SRA in order to recalculate the SRA’s additional rate.

Can my SRA additional rates be spent anywhere in the City?

No, it is ring-fenced to be ploughed back exclusively into the SRA.

How does the City resolve additional rates arrears?

Defaulters are subject to the City’s credit control and debt collection policies. As such, they can have their water and electricity services suspended or their clearance certificates withheld.

Do members have a say in an SRA?

Absolutely! Every property owner within the SRA should apply in writing to the SRA Board for membership of the NPC. Only then are they able to participate in SRA affairs.

What is the relationship between the City, SRA and member? 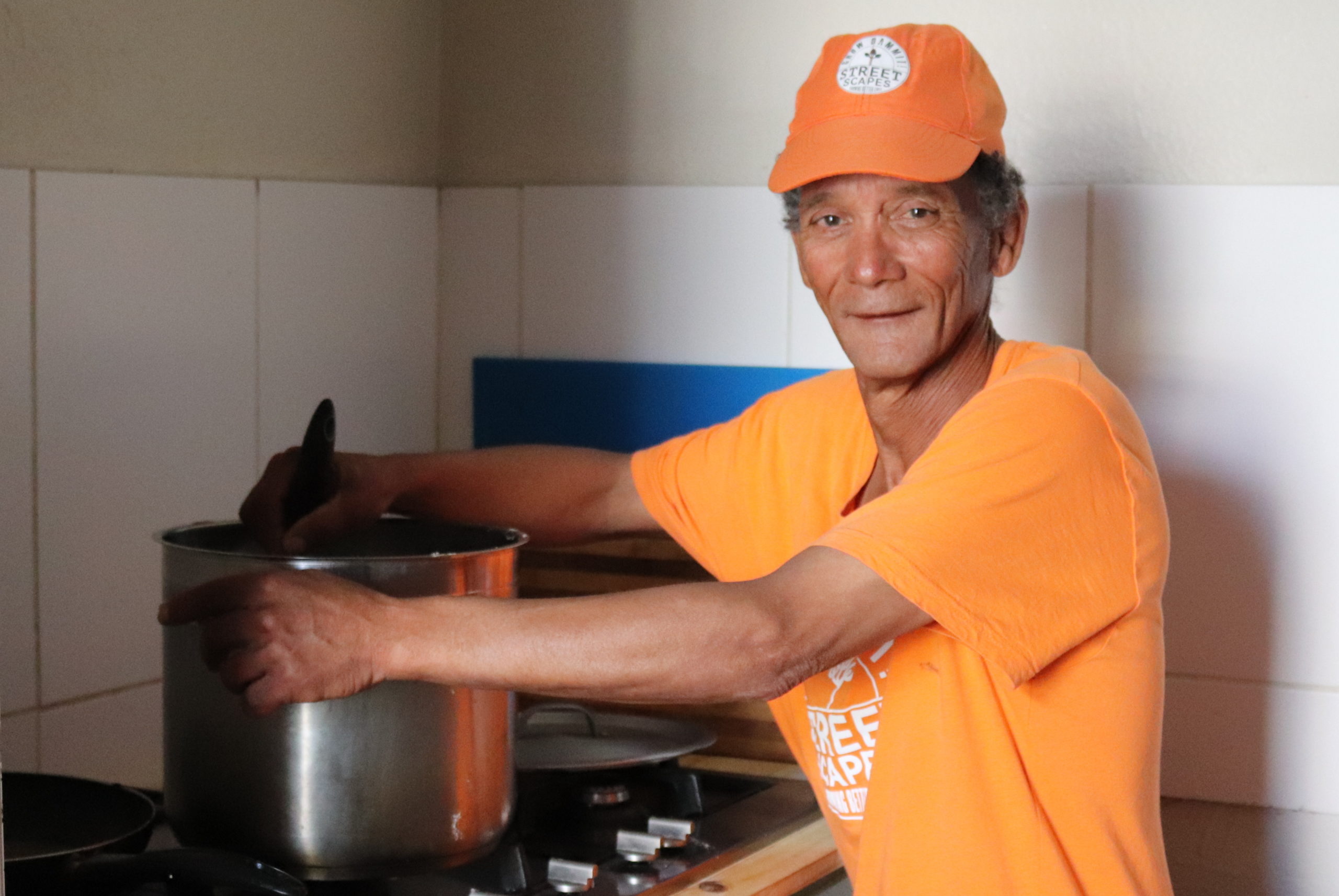